In one of its first in-person community events since the pandemic, the largest Jewish congregation in Fort Worth gathered Sunday to tackle a difficult subject head-on – the rise in antisemitic acts and threats in the U.S.

According to the Anti-Defamation League, its most recent “Audit of Antisemitic Incidents” recorded over 2100 acts of assault, vandalism and harassment – which marked a 12% increase from the previous year and the highest total since tracking began in 1979.

On Sunday, the American Jewish Committee presented findings from its annual survey “The State of Antisemitism in America 2021” to Beth-El Congregation in Fort Worth.

The AJC survey finds 90% of Jewish Americans surveyed believe antisemitism was either somewhat or a very serious problem.  The same survey found 60% of the general public felt the same way.

“It’s disheartening to see that antisemitism is on the rise in America,” Veasey said.

Those perceptions were recorded a few months before a man from the U.K. was welcomed into a Colleyville temple in January and then proceeded to hold the rabbi and three parishioners at Congregation Beth Israel hostage for hours.  A violent act the FBI said was fueled by antisemitic beliefs. 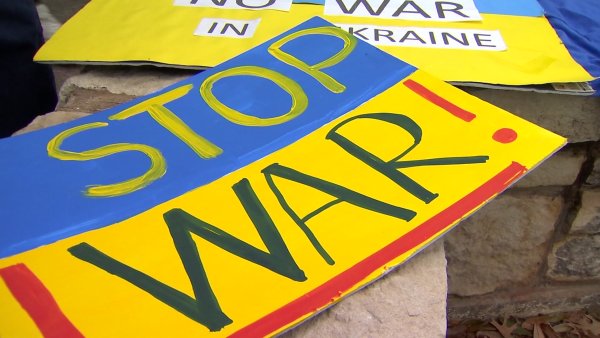 And then in February, the city of Colleyville, along with other North Texas communities was targeted with widespread antisemitic fliers.

“I think it’s important to have that conversation about what happened in Colleyville,” Veasey said.

Veasey and Granger both serve on the House Bipartisan Task Force for Combating Antisemitism – making Tarrant County the only location in the U.S. with two task force members.

“I want us to think really carefully about what we do in Fort Worth to assist Congressman Veasey and Congresswoman Granger in their efforts nationally,” Parker said.

Joel Schwitizer with American Jewish Committee (AJC), which published the findings, says part of that assistance to North Texas lawmakers includes discussions like the one on Sunday, made more urgent by what Colleyville has already experienced this year.

“It makes it real in a way that it hadn’t been previously for a lot of people,” Schwitzer said.